Hey everyone! It had been six weeks since I last packed my passport into my travel backpack. Six weeks since I last caught the train to Gatwick Airport and six week since I endured the process of going through airport security. Well, as of yesterday that all changed.  Less than twelve hours ago I found myself in Geneva and it was absolutely incredible!

The Night Before… spontaneous booking

There’s no questioning that I caught the travel bug years ago, and with flights to Geneva at a record low, I knew this was my opportunity to cross another destination off my bucket list. So with less than twelve hours before my departure, I found myself buying a ticket and packing my bags for my second ever solo adventure. I was excited! But there was a catch. The cheap tickets were return flights for the same day. I’d never been abroad for just 24 hours, but being so close to London, I thought, why not, I can do this!

Landing on a beautiful spring day of 26 degrees, and unbeknown to me, the same day as the Geneva marathon, I was greeted with friendly faces, helpful locals guiding me in the right direction of the city centre, and a vibrant atmosphere.

Because I had limited time in the city, I had done some research the night before and knew exactly what points of interest I wanted to see. First up was Jet D’Eau. This fountain forms the centrepiece of La Rade Harbour, and shooting 140 meters into the air, it’s definitely the most popular site visited in Geneva. As I walked along the harbour I passed crowds of people cheering the marathon runners on, listened to music boom from various tents, a mixture of brands sponsoring the marathon and privately owned ones. If I had been more prepared I would have taken a picnic lunch and sat atop the grass to watch the boats sail in and out, but either way, the vibe of just walking around was more than I could have hoped for. 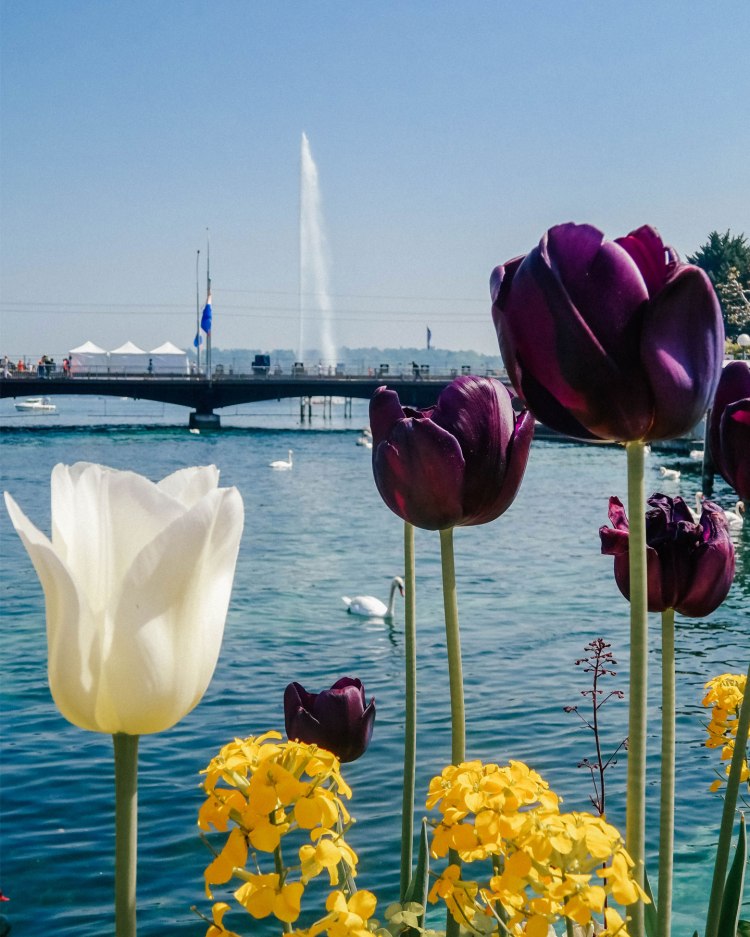 Next up was L’Horloge Fleurie, the most famous clock in Geneva. Made up entirely of beautiful flowers (which changes seasonally), the clock is a tribute to Geneva’s watch industry, mixing Swiss ingenuity with the beauties of nature. Crowds flock to the English Garden to see the masterpiece, so an early morning visit is recommended for a crowd free photo.

Moving on from the clock, I casually made my way over to the old town. As I walked along the winding cobblestone streets, I passed cute little cafes and chocolate shops, beautiful parks, and stopped to admire sites such as Place du Bourg-de-Four. The oldest public square in Geneva, buzzing with activity from nearby bistros, bars and acting as a popular meeting spot amongst locals.

Because I was on a mission to see everything on my list in the short timeframe I had, I ended up sacrificing meals. However in saying that, I did have one place in particular that I made sure I got to, and that was Black Tap. I had seen an abundance of Instagram pictures of this place, but only knew of it’s New York location. Upon hearing that it’s second location was in Geneva, I knew it was somewhere I just had to go. Why? Because on top of their great burgers, they serve some of the best ‘crazy shakes’ around.

And as someone who always looks at the dessert menu before anything else, I was in heaven. I opted for the Cookie Shake, which was a vanilla flavoured shake (my favourite), with a vanilla frosted rim, cookie crumbles topped with a ‘cookiewich’, chocolate chips, whipped cream and chocolate drizzle. Mmmmm delicious. I must admit though, it was extremely expensive for what it was. I ended up paying £17 for it and I could only get through half. So at that price, I’d recommend splitting it with someone. But do I regret ordering it? Absolutely not! 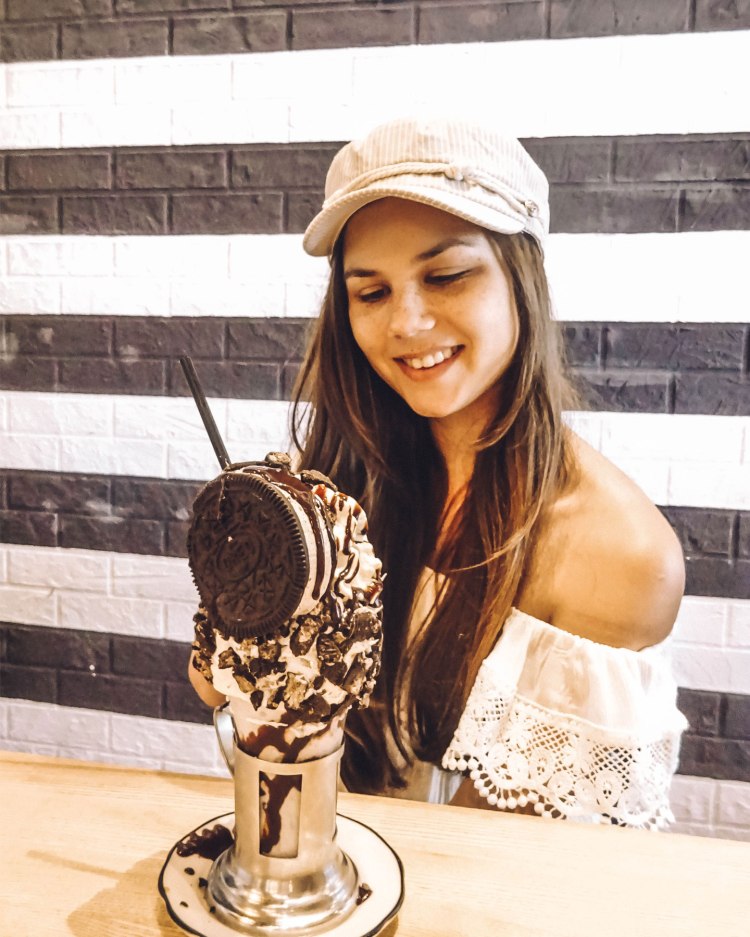 For the best panoramic view of the city, a trip to St Peter’s Cathedral is a must. I paid a small fee of five Swiss francs and climbed the 157 steps to the top. It was absolutely worth it. Upon arrival, I was informed there are two towers, the north and the south. I didn’t explore both, choosing only to explore the north, as you can walk outside, whereas the south tower, everything is behind windows (or so I was told).

Feeling satisfied with my progress so far, I was ticking things off my list without feeling rushed. Which made the day a lot more enjoyable than if I was running from one location to the next. At the top of my list was Pointe De La Jonction, and being the furthest point from the city centre, I decided to visit here next. After getting on the right train in the wrong direction, then going in the right direction, but getting off at the wrong stop, I finally made it. And I’m so glad I did, because this was my favourite place in Geneva by far. Oh and side note, Uber is illegal in Geneva otherwise I would have chosen that option.

As soon as I arrived at the lake, I immediately wished I had an extra day. It was just so beautiful. The Junction is definitely a local hangout for some, but what draws visitors to it, is the beautiful and unique phenomenon created by rivers Rhone and Are. Each river has a different colour of water and at the point of joining, their waters mix together. 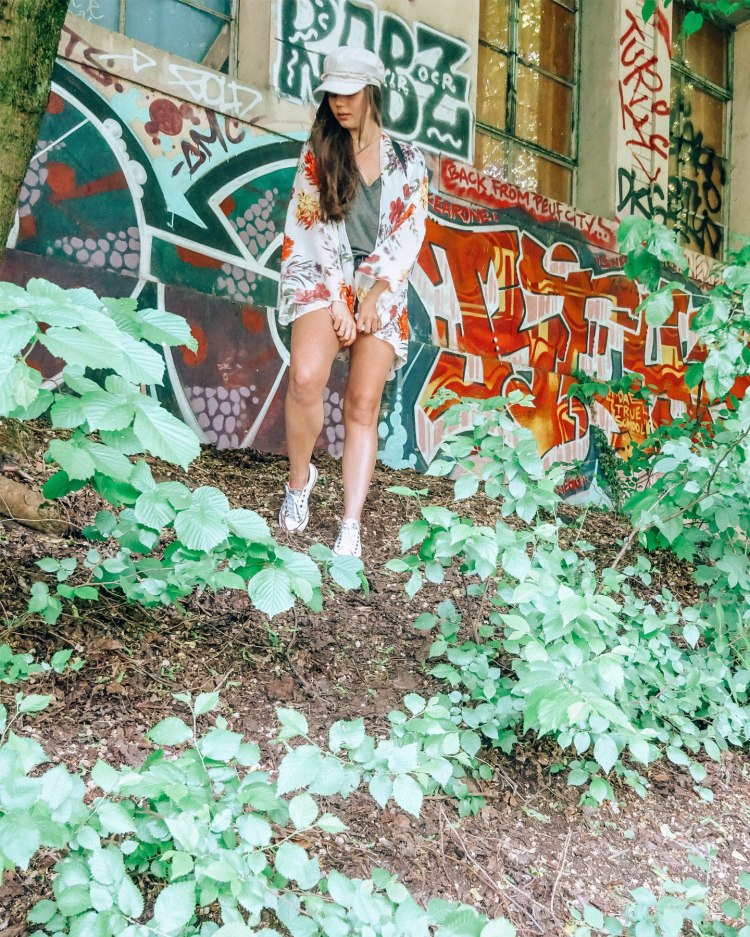 Having ticked off everything on my list, I was sitting at the airport happy and extremely proud of my achievements. I managed to see all the major sites of Geneva in one day. I didn’t think it could be done, but here I am, living proof that it can.

I picked up a few tips that if visiting Geneva for 24 hours or less, will come in handy. Firstly, be sure to get your free travel card at the airport. The woman at the information desk handed me one, giving me up to eighty minutes of free travel. I had read online prior to my trip that public transport in Geneva is free, and so for the entire day I didn’t buy a single ticket. No one seemed to check if passengers had tickets, so I only assume that what I read was accurate. Or I was just extremely lucky and didn’t get caught!

I’d recommend downloading their transport app TPG, which I didn’t actually do, and if I had, I’m sure I would have figured out the right train to catch instead of getting lost and wasting valuable time. A lot of attractions are walking distance from Bel Air station, so if you can get yourself there, that’s a great start.

I’d like to go back to Geneva in the future. I’d love to do a proper tour of Switzerland over a few weeks, but until then, I’m satisfied with my one day visit.

21 thoughts on “Solo In Geneva: The Most Beautiful Places To Visit”

Leave a Reply to Zoe | Together In Transit Cancel reply